The beast that is Google

There was a time when Google was a small, quirky company with a single product so awesome that it blew away the competition. That time is long gone.

These days Google is a gigantic multinational mega-corp. But that’s understating it a little. Think of Google as a kind of Godzilla that slurps up data about its users at one end and craps out gold ingots at the other. It does both of these at huge scale.

When thinking about Google, there are three things that are not easy to grasp but which are immensely important:

Let’s take a quick tour of these points before getting onto Google Analytics.

Google is not a search engine

The way Google turns data into gold ingots is as follows:

It’s called surveillance capitalism and it’s certainly not about giving you a great user experience, it’s about making money.

To give just one perfect example of the point I’m making: look at the way that paid search results (i.e. adverts) have become ever harder to identify in Google’s search results. 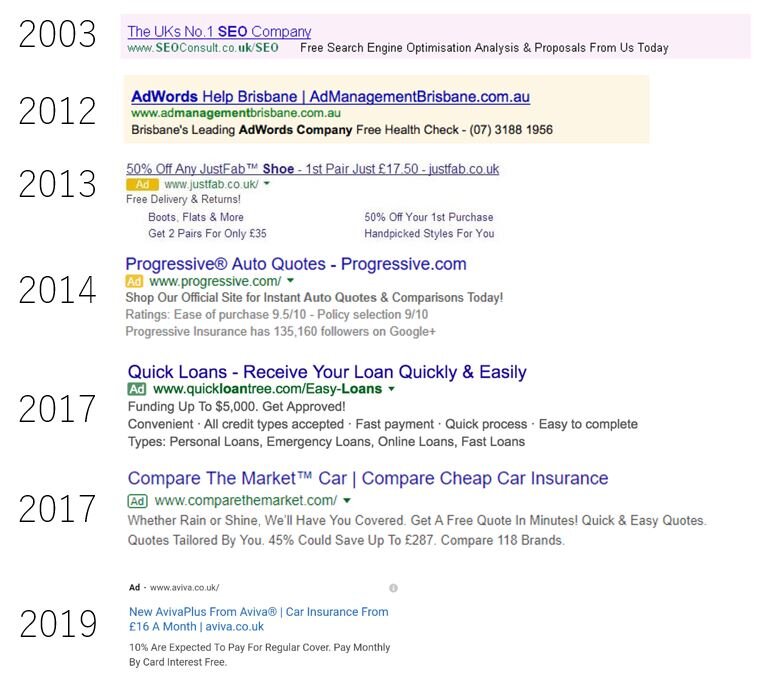 This is not the evolution you expect to see for a company that loves its users. This is what you expect from a mega-corp that wants ever more profits.

Google is spectacularly, awesomely, frighteningly successful as an advertising platform

Combine this with the fact that Google has a monopoly on online advertising. Ok, actually that’s not true. It has a duopoly along with Facebook. Facebook is guilty of most of the things I mention in this post, and is probably worse, but I’m saving my venom for Facebook for another day.

The result of all this is that Google’s revenue is eye-wateringly massive: around 180 billion USD in 2020, which is around the GDP of New Zealand. Now consider that only four years ago, Google’s revenue was 90 billion USD, which means that the revenue doubled in 4 years. Wow!

This mountain of gold ingots used to flow to newspapers and magazines – but no more. The result has been the decimation of local news and the magazine industry. It is true that news organizations have been terrible at innovation in the past three decades and now they have been steam-rollered as a result. Why is this bad? Read on.

Google’s success is not good for us as a society

Google’s success is good for Google and its shareholders. It’s not good for us, the consumers. We live in a world where local news is either stone dead or barely surviving. As we have learned in the past few years, a functioning media is essential to democracy.

So has the market done its magic and filled the gap? Has the creation part of creative destruction happened? Do we now have a better and superior solution for local news?

Nope. Online news articles are a hideous cluster-fuck of click-baiting headlines, cookie banners, privacy nightmares and top heavy with advertising and it’s mostly Google’s fault. Producers of news are desperately wringing every last pathetic drop of profit from their content.

Do you know why online recipes now begin with the author’s life story and are an interminable bore until you reach the actual beef? It’s because of Google. It’s because even writers of online recipes are prostrating themselves before the omnipotent online God that is Google.

And that huge growing pile of gold ingots? That’s in itself a problem.

“For many years, the astonishing torrent of money thrown off by Google’s Web-search monopoly has fueled invasions of multiple other segments, enabling Google to bat aside rivals who might have brought better experiences to billions of lives.

Google Apps and Google Maps are both huge presences in the tech economy. Are they paying for themselves, or are they using search advertising revenue as rocket fuel? Nobody outside Google knows.” – Break up Google

There are many other nuanced and large problems created by Google’s size and profitability and I’ve only scratched the surface here.

So what about Google Analytics?

Google is harvesting data across all of its products, so why pick on Google Analytics? Because for most of the products, if you choose to use them, it’s your data that is harvested. It’s different for Analytics. You as a web developer are making a choice that affects all of your users.

When I first began to develop websites, it was a no-brainer to add Google Analytics to anything I created.: “It’s free! It’s good! It’s what everyone uses!”

Actually it’s not that good really:

There are more reasons. You can read the full list here.

Has Google ever revealed what it does with data from Analytics internally? Nope. But we don’t even need to speculate. It seems pretty obvious to me that they’re using it to guzzle up even more data and to crap out ever more gold ingots.

So are there alternatives? Sure, there’s a bunch and some cost money. I think it’s money worth spending.

I believe it is a moral imperative for web developers to think about the “free” tools they are using to provide their products. In the case of Google Analytics, the tool is only very superficially free. We are all paying the hidden costs.

If you want to make the world a better place, stop feeding the beast.